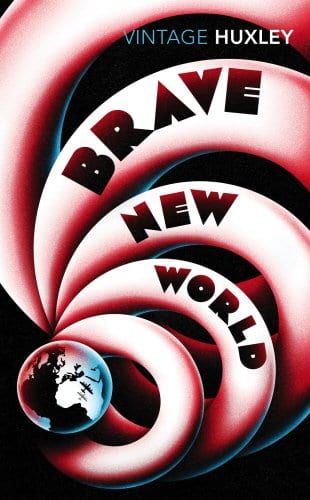 Far in the future, the World Controllers have finally created the ideal society. In laboratories worldwide, genetic science has brought the human race to perfection. From the Alpha-Plus mandarin class to the Epsilon-Minus Semi-Morons, designed to perform menial tasks, man is bred and educated to be blissfully content with his pre-destined role.

But, in the Central London Hatchery and Conditioning Centre, Bernard Marx is unhappy. Harbouring an unnatural desire for solitude, feeling only distaste for the endless pleasures of compulsory promiscuity, Bernard has an ill-defined longing to break free. A visit to one of the few remaining Savage Reservations where the old, imperfect life still continues, may be the cure for his distress…

Extraordinarily prophetic, 'Brave New World' is one of the most influential books of our century.

"A brilliant tour de force, 'Brave New World' may be read as a grave warning of the pitfalls that await uncontrolled scientific advance. Full of barbed wit and malice-spiced frankness, 'Brave New World' is one of the most urgent appeals for a reconciliation of science with religion that our age has known"
OBSERVER

"Equally a denunciation of capitalism and communism, so far as they discourage man form thinking freely, 'Brave New World' is one of the most important books to have been published since the war"
DAILY TELEGRAPH

"Such ingenious wit, derisive logic and swiftness of expression, Huxley's resources of sardonic invention have been more brilliantly displayed"
THE TIMES

--This text refers to an out of print or unavailable edition of this title.