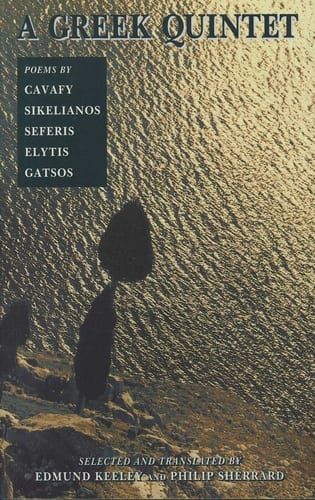 During the last hundred and more years the Greek world has produced a wealth of poetry that is as astonishing in its scope as it is in its vigour, and this anthology brings together a selection from the works of the five poets who may be said to take pride of place in substantiating this achievement. Two of them, George Seferis and Odysseus Elytis, are Nobel Laureates, Cavafy is certainly one of the most ubiquitous poets of our times, the oracular grandeur of Angelos Sikelianos companions him with W. B. Yeats, while Nikos Gatsos is a fine lyrical poet and song writer.

The poems in this selection are for the most part taken from the translators' more ample volumes of translations of Greek poetry, namely, theirGeorge Seferis: Collected Poems, of which Peter Levi wrote, 'I doubt if we shall ever see translations as wonderfully full of Seferis as these'; their C. P. Cavafy: Collected Poems, described by Stephen Spender a 'a prayer fulfilled'; theirAngelos Sikelianos: Selected Poems, and their Odysseus Elytis: Selected Poems. The poems have been chosen as those that translate most successfully into English and at the same time are representative of the best work of the original poets.

'The arrival of Edmund Keeley and Philip Sherrard on the modern Greek translation scene marks quite a definite and definitive stage of a process; the excellence of their work is really worthy of recognition . . .' . Lawrence Durrell,The New York Times Book Review.

'Edmund Keeley and Philip Sherrard have done more than anyone else to awaken [English- speaking] readers to the riches of contemporary Greek poetry . . . I can think of no better introduction to Greek poetry.' Emily Grosholz, The Hudson Review.